Ten Million Egyptain Cars to be Tracked via RFID 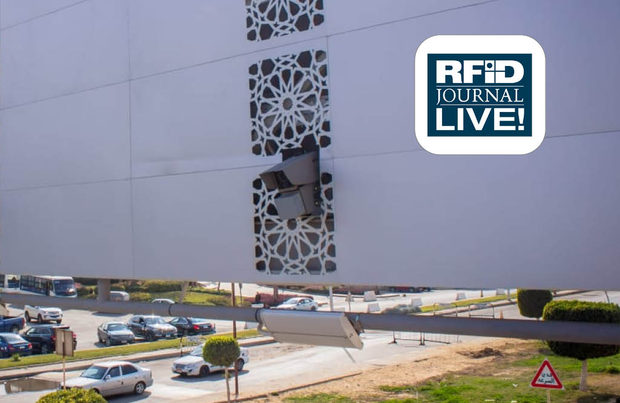 Ten Million Egyptain Cars to be Tracked via RFID

Egypt's Ministry of Interior (MOI) plans to identify millions of vehicles as they travel on the country's roads, using an RFID solution from Go+, with hardware and software provided by Kathrein Solutions in cooperation with Wireless Dynamics. The system, which will be implemented across approximately 10 million of the country's vehicles throughout the next five years, consists of passive UHF RFID stickers attached to each car's windshield, as well as tags on headlamps that respond to interrogation from readers installed above roadways, even at high speeds.

The nation of Egypt faces a growing challenge related to traffic and the management of all cars operating on its roadways. Some vehicles are unregistered, while others may have been cited for traffic violations and should not be on the roads at all. The MOI sought a way to understand the traffic issues on its roadways, especially around the city of Cairo, and to detect when vehicles were being operated that shouldn't be.

The main challenge was to implement a cutting-edge RFID technology that has never been deployed in the region before, says Hesham El Sayed, Go+'s chairman, "and to maintain the highest level of security and data integrity without reducing the [RFID read] performance." Go+, a logistical support services company, was launched in 2013. The Egyptian company provides a range of logitical services, El Sayed explains, including RFID solutions. Kathrein is providing the hardware and CrossTalk software for the solution in cooperation with Wireless Dynamics, which helped to install the hardware.

"For many years, Kathrein Solutions has had quite a large footprint in Egypt," says Christian Schnebinger, the company's senior sales manager for intelligent transportation systems. The firm has already taken part in several smaller vehicle-identification and toll-collection projects in Egypt. As a result, he says, "our products are present in everyday life in the country." As part of a pilot, Kathrein provided 5,000 transponders that were attached to select vehicles in order to help the MOI identify them on the nation's highways.

The pilot involved four readers and 16 antennas installed on overhead gantries on multiple-lane highways, which read tags as vehicles travelled by highway speeds. Early in 2018, Kathrein began working with Go+ and Wireless Dynamics to provide the full solution that is now being expanded to all vehicles.

The solution consists of multi-lane highways on which vehicles free-flow at high speeds, as well as areas in which cars may slow or stop. "It will be quite a mixture," Schnebinger states. Kathrein ARU 3500 readers with integrated antenna are installed with automated number plate recognition (ANPR) cameras, as well as Go+'s solution with solar-power panels to energize the readers and cameras. Typically, two antennas are deployed with each reader.

The vehicle tags come with NXP UCDE DNA chips that support up to two 128-bit AES authentication keys. Cryptographic keys can be used for tag authentication, as well as for privacy protection. "The government chose the highest possible security level, based on NXP's UCODE DNA IC," Schnebinger states. Although the use of a secure transmission takes longer than a standard EPC RFID tag read, he notes, "With our setup, we ensured a constantly reliable reading performance."

According to Schnebinger, the tags can accomplish reads at highway speeds. "During our internal tests at Sachensing Race Circuit," he says, "we have achieved reliable readings at a maximum speed of 220 kilometers per hour for a 4-wheeler, and approximately 240 kilometers per hour for motorcycles," while using the full 128-bit AES encryption, TAM2 (see RFID Breaks Speed Records for Tolling Solution). "The reading distance of the tags is 15 to 20 meters," he adds, "depending on the surrounding conditions."